It could have been a lackluster couple of years but the Chamber has been as busy as ever. Since the world was blindsided by a prolonged pandemic we have all adjusted adapted and got on with it but it didn't start that way. Many groups and organisations went quiet however the Chamber saw a greater need than ever before. In the past two years we have grown, we've advocated and we've got things done. Here's a recap.

Letters of Support and the occasional Letter of Opposition are one of the Chamber's most simple tools. When we see a need and benefit to the community we can collectively throw our wieght behind an initiative. In the past year we have supported ideas from our members, other community organisations, efforts by the Town of Valleyview and our local MLA.

Killing the proposed bypass was a huge task that we made a priority in 2020. A bypass proposed by Alberta Transportation was silently killing our town's future economic propsects. We made dozens of phone calls, sent even more emails, wrote letters and made ourselves very loud until we achieved the closest thing to a perfect outcome we could hope for. It was a huge win. For a more detailed article click here.

Bringing high speed fiber optic to Valleyview was a major goal of the Town and Chamber. We worked alongside Canadian Fiber Optics and Northern Lights Fiber to help make that happen. We are excited to have them in town closing the digital divide and welcome them to the Chamber as members. It is incredible to be able to say that Valleyview, a small town in northern Alberta has faster residential internet packages available than people in the San Francisco bay area (the home of Silicone Valley). 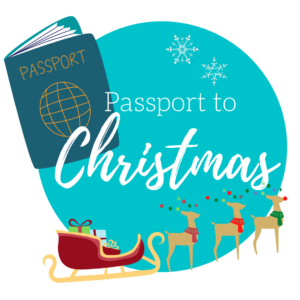 Reinvigorating the Passport to Christmas

2020 was an absolutely mind boggling year for the Passport to Christmas program. The shop local support from our Valleyview and are residents was honestly heartwarming. For the first time we took the time to count every single completed passport returned and did the same this year. On average it accounted for over $250,000 in local spending that's not counting the incomplete passports and that spending all stayed in our community.That's enough for five mid-priced Ford f-150s! In 2021 we revamped the look and size of the passports according to your feedback and distributed over 4000 cards. We can't wait for next year!

Cheering For An Informed Election

The Chamber also built on it's previous success with the Mayoral Candidate's Q&A. During the provincial election in 2019 the Chamber held a Candidate's Forum at the Memorial Hall which was well received. This year we adjusted the format to account for the pandemic and published a Candidate Q&A with spectacular results. The Q&As were read by over 10% of the Town's population reaching more people than the in-person event two years before.

Our part of the highway turned 65 and we gave it a name to celebrate! Crocus Hill Gasoline Alley was named with the support of Council so that we can recognize the economic importance that the highway corridor has in our community and it's long  motoring history. Although we weren't able to throw the birthday party we wanted to I am personally excited to see Holly Molly's bring classic cars in every week during the summer. Nothing says motoring history quite like a show n' shine! 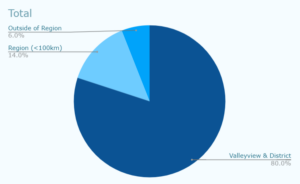 The Downtown Beautification Grant had a number of takers in the past two years as well. Four projects were completed with great success, helping boost the attractiveness of our commercial centre. We also took the time to break down how the money was spent and loved the results. In conjunction with the Town of Valleyview, we expanded the grant to include Crocus Hill Gasoline Alley businesses to celebrate!

We Live In An Awesome Town

Bragging about how amazing our town is is also a part of our job that we take very seriously. To do so we have worked on some visuals to help spread the word.

Some ongoing initiatives are exciting as well. We are currently working on dialing in and dialing up our Christmas celebrations. The Chamebr is also working hard to improve wayfinding for businesses by encouraging them to sign up for those large blue Alberta Transportation signs that are at the entrance to every Albertan community. Part of being vibrant is looking vibrant and those signs are not as full as they should be. We can represent ourselves more accurately and do better. Along with wayfinding we are working to check off as many goals as we can from the Town's 2017 Economic Development Strategy.

Dispite the challanges, it has been a wonderful two years to be a part of the Valleyview and District Chamber of Commerce. So much has been accomplished. Thank you for being a part of it!